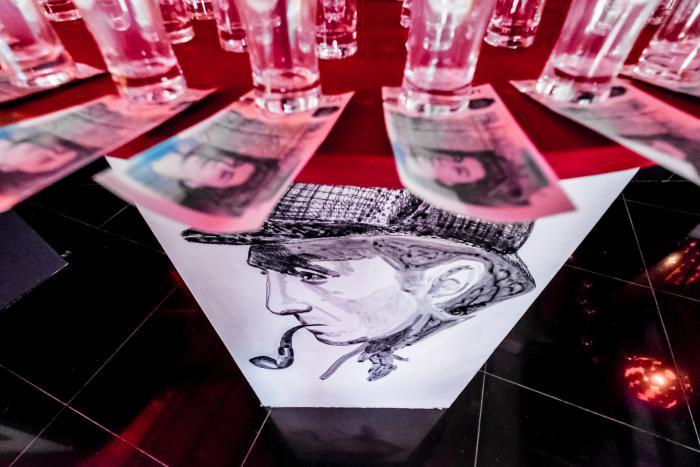 For the final night of the International Cocktail Competition "Beefeater MIXLDN 2016, in the space of the lobby bar of the Melia Habana hotel, the city of London and the icons of its culture became protagonists of the decoration.

The announcement that encouraged participants to take inspiration from a film set in the streets of the British capital, also led the decorative proposal that included  London characters as international as Sherlock Holmes or James Bond, drawn on wooden bars, in black and white . Also the famous London Bridge or the silhouette of this European city, were highlighted in the setting.

Spherical lamps and floral arrangements in vibrant red, produced especially by the team for the occasion, completed the atmosphere inspired by this mixture of cultures, feelings and flavors that identifies London so well.